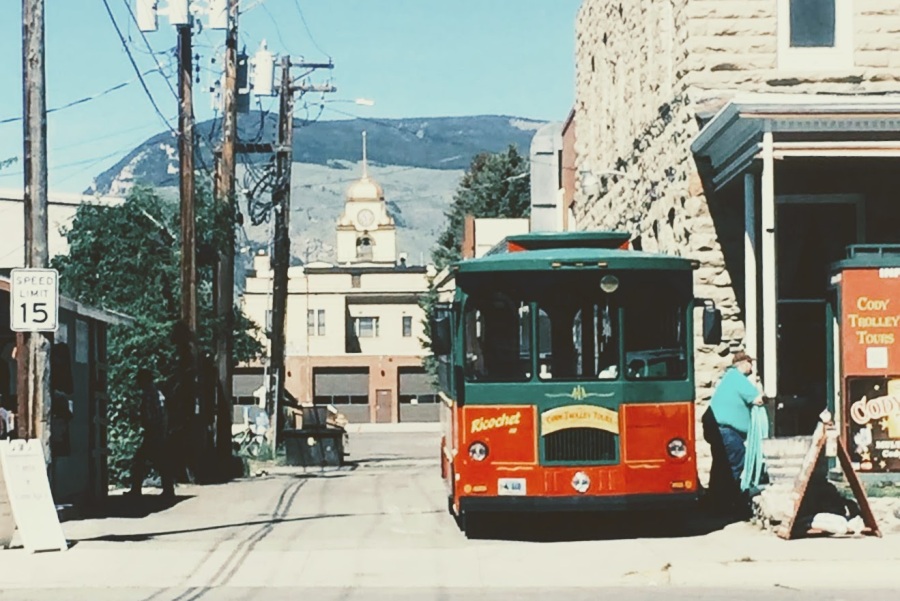 I used to be ignorant (still am, but hopefully less so). I used to think that living progressively was easy. I had no problems doing so in my comfortable, homogenously-minded liberal city, so why do others struggle?

America is made up of small towns.

It’s hard to be progressive in a small town.

If you’re the gay man forming the first Gay-Straight Alliance at the local high school (yes, in 2019), you’re going to take a lot of heat.

If you have a certain haircut and go to a certain bar, you’re going to get called a f**. Probably by men or women who learned at a young age that it’s dangerous to express emotion and authenticity in a small town.

If you want your dryer to not only be safe but energy efficient and to stop emitting steam into your halls, you’re going to pay $88.40 to an apologetic man who’s the only guy in town who can maybe fix it but “doesn’t have the parts.” He will run over to Ace Hardware to buy some duct tape, though. He wishes he could help.

If you want to recycle, you’re going to have a hard time because there’s one recycling center in town and the part just broke and it’s going to take awhile for the new one to come in.

If you want to recycle and the machine is working, you still won’t be able to because the only guy who works it has a sick wife.

If you want to recycle glass, you’re out of luck because it’s too heavy to transport out to the nearest facility.

(can you tell I’m caught up on the recycling thing?)

If you want to walk or bike instead of drive, you’ll have to contend with huge hills at best and the absence of bike lanes at worst.

If you’re trying not to shop at Walmart for ethical reasons, you’ll have to drive nearly two hours to get to a store like Costco or Target.

If you want to make friends, you’re going to contend with white people who still feel comfortable saying the n-word and “that’s so ghetto.”

If you want to join a Meetup with other like minded individuals, the nearest one is in the next state.

I’m still lucky. Cody has 9,000 people — the 11th biggest city by population in Wyoming. There’s a farmer’s market twice a week, an incredible museum, a store called Whole Foods (not the conglomerate), and a couple amazing restaurants. We have a hospital. There’s also the blessing of living an hour away from one of the best national parks. It’s beautiful here. The people remind me of home.

All these things mean that educational opportunities, health services, environmental learning, and cultural outlets as a whole are available. But for the millions of Americans who live in even more rural and even smaller towns, they’re not nearly as lucky.

As one note, it’s important to recognize that while rural America has tons of disadvantages that urbanites do not, they are majority white populations. Being white still has infinitely more privileges than being a person of color.

But at the same time, it feels like white, rural Americans are blamed for a lot of our problems. They’re blamed for the rampant racism in this country, the election, the environment, the children held in concentration camps at the border, and you know, for the past three years, I’ve been the first to blame them.

No one should be flying a confederate flag or driving a Hummer. No one should feel anything other than unsettling grief at what’s happening at the border. But isolated, rural communities are like that can of Campbell’s soup at the back of your cupboard. No one goes back there, that soup never leaves. No one’s throwing it out, but no one’s giving it any attention. And if our respective cans of soup never saw the light of day or felt acknowledged, we’d probably all jump at the chance to be chosen, even if picked from the hands of a megalomaniac.

As a liberal, it’s hard enough to maintain being progressive in a small town, and not for lack of trying. It would be nearly impossible for someone who grew up and stayed in a small town to try and do the same.

The number one thing I learned as a teacher: no learning can happen until the relationship is there. It’s not about bridging the gap between rural communities and the rest of the US. It’s recognizing that rural communities are a major part of our country. We need to recognize their pain and struggles and validate it. We need to build trust and leave patronizing behind. We need to take blame off the table and move forward.

Maybe then it will be easier to be progressive in a small town.