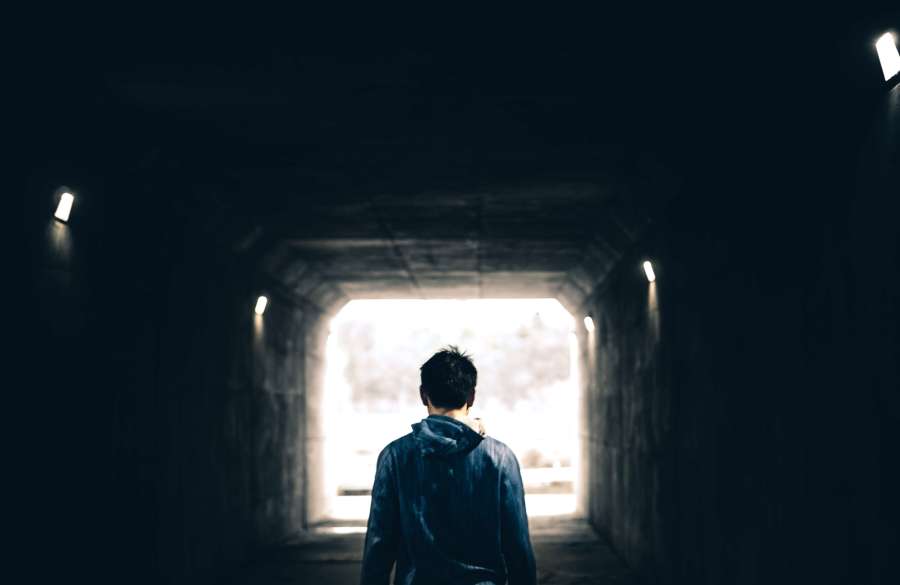 I follow a few strict Catholics on Twitter. I’m not Catholic, but I like to break away from the echo chamber of my feed that is otherwise strongly leftist and liberal. I want to hear other perspectives and try to make sense of views that differ from my own.

There are some accounts that play to the middle. There are accounts I strongly disagree with 99% of the time who occasionally put out a morsel that I agree with. But on the whole, it often leaves me feeling bleak and needing to step away.

I almost started writing this post about modesty. So many Catholic men and women on Twitter have so much to say, from saying that selfies are immodest, to leggings giving men “impure thoughts,” to women feeling anxious about swimming because they’re constantly afraid of sinning by wearing a swimsuit.

I want to sit down with the women who hold these beliefs. I want them to realize that if men will harass or assault a woman regardless of what she’s wearing, then the problem isn’t them.

I was thinking this on the way to a hair appointment, the last one before my stylist — the only great one in town who also required masks (and lost countless clients because of it) — moves back East. She can’t wait to get out of here, and I’m happy for her, even at the expense of my eventual resembling of Animal from the Muppets, several months from now.

The nail in the coffin for her? The final act that ensured her fate of leaving Cody, WY for good and feeling nothing but excitement at getting out of here? A white male neighbor whom she never talked to came up to her, drunk, out of nowhere, yelling at her and calling her a liberal cunt who doesn’t belong here. This was before he said he was going to get his gun and kill her.

He is now no longer permitted on her property. Her sidewalk, however, is fair game.

That’s as far as his consequence goes, at least presently. Protected by whiteness and XY chromosomes and a city that’s so pro-gun, roofing companies offer a free assault rifle with any roofing job.

In case it hasn’t already been implied, let me clearly state that Black men and women have been killed for far less. My stylist was talking to an ex-cop at the time of this incident, one who flies a Blue Lives Matter flag over their driveway. You can’t tell me that if Abusive White Man were Black, that cop wouldn’t have pulled a gun.

And in the midst of this horror, I learn that Abusive White Man has a wife. God only knows what she puts up with.

That’s the key: putting up with. Our lives revolve around putting up with white men. We subconsciously shift our behaviors and plan our days around excusing white male behavior. We make allowances that we would never make for women.

It’s why my hair stylist has a 20-year-old son living at home with no plans to move out, who has admitted to being racist (but thankfully, wanting to change). It’s why her brother lived at home until he got married and now, why his son does the same. It’s why my brother has lived at home for five years, saving probably close to $60,000 in rent and thousands more by not paying for groceries or bills.

It’s thinking of three close female friends off the top of my head who all have or have had brothers doing the same thing.

It’s society celebrating fathers “helping” mothers instead of calling it what it is: being a parent. It’s women’s careers plummeting in the pandemic because childrearing and homeschooling falls on them. It’s Catholics on Twitter damning women for considering, let alone getting, an abortion, yet never talking about the men who put them in that position in the first place.

It’s expecting mothers to juggle everything and multiple kids on their own, but for some reason Dad can’t handle the kids for more than an hour on his own. It’s the news portraying the low birthrate in the US as something shocking — as if we childless women haven’t witnessed the exhaustion, the virtually zero support our friends in motherhood receive.

The bar is abysmally low for white men. Frankly, there might not even be a bar.

And I’m not putting this lack of bar solely on men, though depending on the circle and the situation, they obviously are a huge (if not complete) factor. We all need to expect the most from men.

It is totally possible. I know many white men who fit the bill, or at least try to. I don’t think it’s a coincidence that the majority of white men I know who are self-reliant, ambitious, nurturing, helpful without needing to be asked, and who strive to treat women as true equals (if not higher) don’t have family to fall back on.

White men are not a monolith. And, families aside, society has collectively enabled and coddled white men, which I don’t think is any individual man’s fault. But collectively, white men are being dealt Boardwalk and Park Place and the orange squares and seven get out of jail free cards before the game even starts, and then they’re congratulated for merely rolling the dice.

I don’t know how we change this mindset and I wish I knew an easy way to raise the bar. It’s unfortunately grim that expecting more of men or telling them “no” can be flat-out dangerous for women.

Women, keep standing up for yourself whenever you can, and don’t feel guilty when you can’t or don’t know how. Men, hold yourself and other men to higher standards — not with shame, but with compassion, while still emphasizing accountability. Be there for each other so that a guy who’s struggling can verbally reach out to you, instead of retreating and expecting a woman, the next lowest on the totem pole, to take care of him and everything else.

And for everyone’s own sanity, maybe don’t spend too much time on Catholic Twitter.