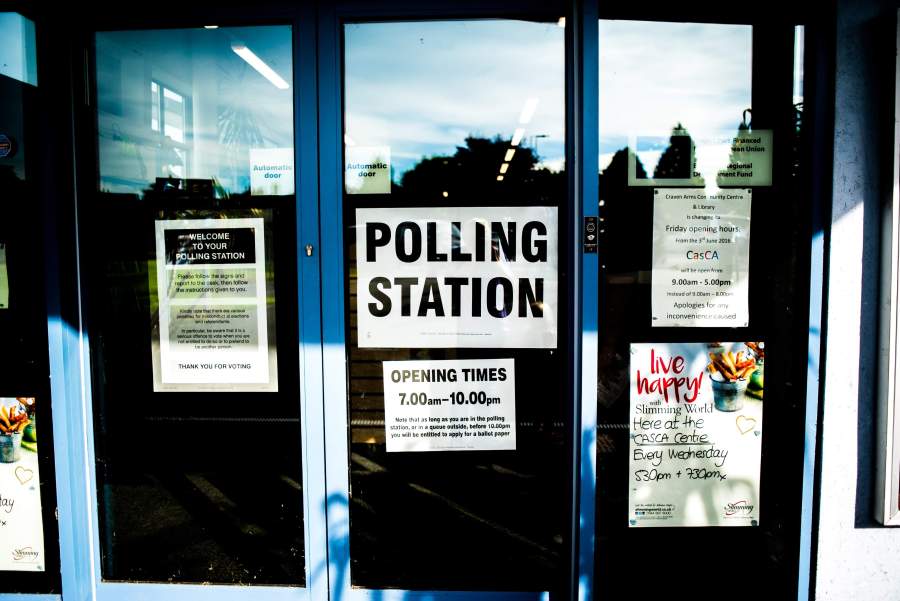 Figuring out what’s on the ballot takes a lot of time and effort. In a place like Cody, where you have to painstakingly go through candidates’ Facebooks or scour old news articles, it takes even longer. There aren’t any comprehensive voting resources available online, at least not that I could find.

In this absence, I decided to compile resources and research into one, hopefully easy-to-understand breakdown of the 2020 ballot. It took me the course of several days to get as much information as I could and in some places, it’s still lacking. But hopefully this is a start.

2) I’m trying to be as impartial as possible, except on this topic. Everyone in WY has likely experienced the awful effects of wildfires, much of which is directly related to the effects of climate change.

Climate change is real and any candidate who does not want to help the environment does not ultimately want to help the US. We will not have a living, sustainable planet without making this a priority. Many candidates who are supporting things like the Green New Deal are also supporting immense job creation — for jobs that will last, unlike gas and oil.

US President: Trump vs. Biden

There is no possible way to sum up these two candidates and everyone is familiar with both names. I’m still (briefly) covering these two because especially in a state like WY, there seems to be a lot of loyalty to a candidate who, put simply, is a liar and does not have their best interests in mind.

To say this table covers a fraction of ideas and actions is a gross understatement. I’m really only focusing on things that are most recent and seem like they should be of importance to Wyoming residents.

US Senator: Lummis vs. Ben David

US Representative: Cheney vs. Grey Bull

Liz Cheney is the incumbent and daughter of former VP Dick Cheney. She comes from lots of money — a point I bring up as a stark contrast with Grey Bull.

Lynette Grey Bull is self-described “of the working class” and a community organizer. She has done a lot of work for Indigenous rights, specifically regarding sexual assault in Indigenous communities and women’s rights.

Below is a summary of Republican Tim French’s platform. There is no one running against him.

Sandy Newsome has no one running against her.

Both candidates are Republican, Livingston is the incumbent. Honestly had a very hard time finding things for both candidates. Here’s some of what I’ve gathered:

Justices Lynne Boomgaarden, Kari Jo Gray, Bobbi Overfield, and Edward G. Luhm all have spots up for renewal. If retained, they’ll serve on the Wyoming Supreme Court for another 8 years.

I sifted through a couple of recent (2020) court cases and it’s about as boring as you would expect. On the whole, it seems that the current Supreme Court is thorough and tries to be as fair as possible (though this is just my personal opinion). Here’s one example (all others available at Justia):

As for individual justices:

Bobbi Overfield is up for a District Court judge renewal (5th district). She has a strong legal background, specifically in water law. She “studied rangeland ecology and watershed management at the University of Wyoming.”

For a 5th district circuit court judge position we have Edward G. Luhm. On lawyers.com he gets a fairly high 4.4 star rating (out of 5).

Matt Hall is the incumbent with no one running against him. He got his start as a real estate agent in Cody and grew up in Cody as well. Hall is a self-proclaimed Republican.

On Twitter, he shows support for Liz Cheney, WY governor Mark Gordon, and Trump. He seems to support raising the age to 21 for buying tobacco products. Hall also liked these tweets:

Jerry Fritz is the only person on the ballot for a City of Cody council member position.

Pick up to two candidates.

Richard Jones is simultaneously anti-abortion as well as a believer in having a “traditional two-parent household.” He is against legalizing marijuana. He thinks everyone should have a right to carry firearms at their place of employment if the employer is not protecting people well enough (including schools and hospitals).

Tara Kuipers is currently a consultant and has advanced degrees in Counseling and Adult Education. She’s given talks on the importance of community education.

Bob Newsome is married to Sandy Newsome and is the only candidate who’s a current trustee. He started Sunlight Sports in Cody but no longer runs it, but has taught many other outdoor-related courses throughout the community.

Pick up to four candidates.

Pick up to three candidates.

Pick up to two candidates.

Russell A. Dwyer Jr. is the only candidate listed on the ballot. There’s hardly any information about him online, except for an incident in 2016 in which a Russ Dwyer was the first on the scene to a fiery car crash and helped passengers get out of the vehicle. However, it’s not listed as to whether this was Dwyer Jr. or Sr.

John P. Krebes is a Realtor in Cody and the only one on the ballot for this position. Not much else out there on the internet regarding him or his skill set for fire protection.

Ty Nelson is currently the treasurer of the board. Unless his LinkedIn isn’t up-to-date, he is also the president of First National Bank in Cody.

What it’s about: Municipal Debt for Sewage Systems

“A ‘yes’ vote supports the measure to remove the constitutional limit on debt that a municipality may incur for municipal sewer projects and to allow the legislature to establish rules in statute for additional debt for municipal sewage projects.

“A ‘no’ vote opposes the measure to remove the constitutional limit on debt that a municipality may incur for municipal sewer projects, thereby leaving in place the existing limit on debt for sewage projects of 4 percent of the assessed value of the taxable property within the municipality.”

Update Oct. 8: I spoke with someone at City Hall directly and this is what they had to say:

What it’s about: Renewing an existing Park County lodging tax.

What it’s about: Legalizing gambling on off-track horse race betting, in the form of electronic gambling terminals. These betting terminals would go in bars and restaurants (as owners see fit).

The benefit is more money can come into the county, the downside is it could affect those with gambling addictions (and their families).