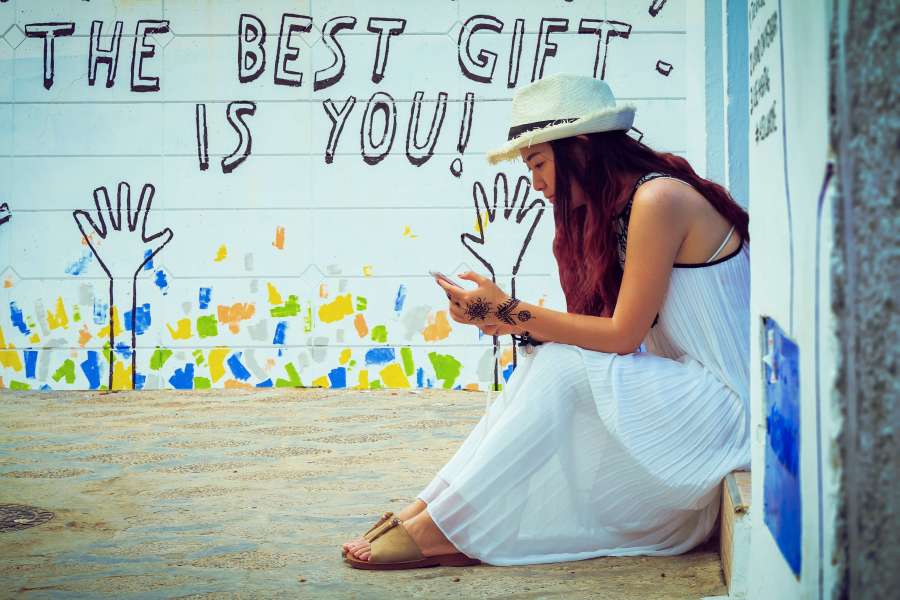 For all the “dating to marry” quotes and memes that are shared on social media, it’s equally important to consider why it’s healthy to date without attaching expectations for the future.

I once met a woman in college who, when I asked about her major, said “Nursing, but I don’t really care. I’m just trying to find a husband.”

Staggering reactions (on my end) aside, this is such a dangerous mentality. It’s practically a guarantee that if you really wanted to get married for the sake of being married, you could find someone. But too often, people end up sacrificing their own happiness for the sake of feeling wanted and fitting the monogamist status quo.

If someone is only dating to marry, they’re approaching every date and every encounter with the thought, “could this be the one?”. That puts insane unspoken pressure on the other person — I should know. I got way too caught up in fantasizing about future weddings and marriages with many of my exes, and when the other person didn’t live up to those [unrealistic] expectations, it led to disappointment and breaking up.

And that breakup is nearly always a good thing. People aren’t fantasies, they’re humans with souls and thoughts and dreams and emotions. “Dating to marry” writes a narrative for a fictitious person that doesn’t exist.

I’m sure most of us have gone to a new restaurant and looked at their menu ahead of time and figured out what we were going to get. But then we hear the special which y i k e s that sounds good and want to change our mind (a real scenario involving an insane open-faced omelette with pineapple pico that was a brunch special last week… but I digress). In the “dating to marry” mindset, wanting to switch our orders is made out to seem like it’s a bad thing. But changing your mind on who you want to evolve with is absolutely OK.

If someone dates several people in a month or a year, each time thinking “You know, not for me,” that’s normal. If someone dates someone for a few months and recognizes that this isn’t a good fit, that’s completely fine! What’s not fine is staying with someone out of obligation, which is at the crux of “dating to marry” — confusing obligation with commitment. Bringing us to our next point…

You should want to be with the person you’re with. You’re not a bad person for not wanting to be with someone — they will be hurt, and it will suck, but they deserve your honesty and respect. You deserve that as well.

Commitment means staying committed to the relationship and to the person you’re with, through the good and bad times. It’s also giving space for the possibility to end that commitment. Reiterating a previous point, forgoing happiness due to a fear of being single is not a reason to stay in a relationship, and it’s certainly not a reason to get married.

No relationship is all margaritas and tacos — things can be really, really tough at times. But a relationship cannot exist on the title of “relationship” alone — we deserve substance and joy.

Instead of dating to marry or not dating at all, you can just (pause for dramatic effect) see how it goes. If marriage feels right, great! If it doesn’t, cool! If you want something out of your relationship and the other person doesn’t, figure it out! If you break up, I’m sorry. But at least you’re not locked into something that wasn’t going to sustain you and provide the growth and love that you need.

It is, unfortunately, ridiculously hard to be single in a society that expects all women to be wives and all men to, well, IDK, have jobs/make money/have lots of straight sex? Sorry guys, the patriarchy is rough for you too. But if you say “fuck it” to the expectations of marriage and monogamy and go at your own pace, I’m nearly positive that everything else will eventually fall into place. If you’re going to date to marry, take that obligation and commitment and apply it directly to yourself. You are the most important long-term relationship you can have.